Alcohol and Drug Addiction Treatment in the West Midlands

Getting the right help and support for any addiction can be a daunting task. UKAT aims to provide you with the relevant resources in the West Midlands, both free and private so that you can make an informed decision on the best treatment for you or a loved one. If you have any further questions regarding any of the information provided below, please feel free to call our advisors and they will assist you in any way they can.

There are a number of options available to those struggling with addiction. Free services offered by the NHS are now usually in conjunction with many of the charity based organisations (such as Addaction, Turning Point or Aquarius). In most cases you can self-refer without the need of a GP although waiting times can be an issue, especially for those in the heights of addiction who need urgent medical assistance.

Here at UKAT we have a number of private based rehab centres located in close proximity to the West Midlands, for those that require immediate admission for both alcohol and drug addiction. 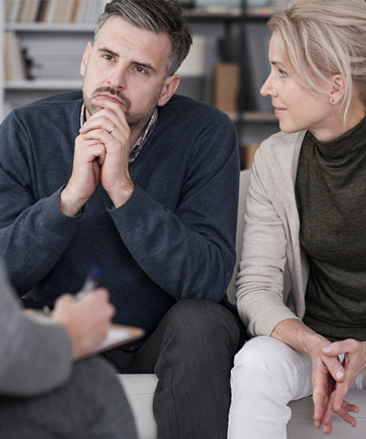 Banbury Lodge is our Oxfordshire-based rehab just 55 miles – 1 hour drive away from most of the West Midlands. Our treatment programmes are delivered by our dedicated team of professionals in a comfortable environment, that’s ideal for keeping you focused and motivated towards breaking the cycle of addiction. 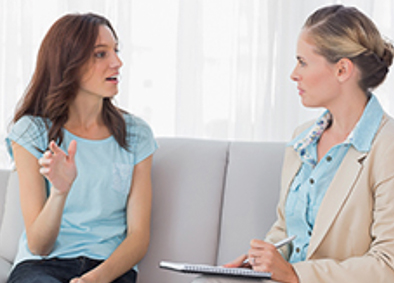 The cost of rehab can vary depending on the area and the type of treatment you require. However, it is usually priced at around £1,500 – £3,000 per week. If you are thinking about attending a private rehab facility near the West Midlands and would like to find out specific costings, get in touch and we will be able to provide you with this information to aid you in making a decision.

However, private rehab isn’t for everyone, and it certainly isn’t the only option when it comes to overcoming drug and alcohol addiction. Luckily, there are a variety of different free services available in and around the West Midlands that can provide help and support during your recovery.

CGL (Change Grow Lives) and Aquarius are two charities that operate within the West Midlands. They both provide free help and support for those struggling with addiction. Contact details can be found below.

Reach Out Recovery is a free and confidential drug and alcohol service for adults and affected others in Birmingham. They offer treatment and recovery services to support anyone experiencing difficulties with drugs and/or alcohol in a range of local community settings across Birmingham.

Aquarius strive to help people overcome the harms caused by alcohol, drugs and gambling. They work closely with individuals, families and friends to lessen the impact caused by the behaviour of a loved one.

It is recommended that overcoming addiction should be followed up with regular meetings. AA (Alcoholics Anonymous) and NA (Narcotics Anonymous) are two non-profit organisations that run weekly meetings in the West Midlands. By regularly attending these meetings you or a loved one are more likely to remain committed to a recovery programme. They are also a great way to meet other people in and around the West Midlands with similar addiction issues.

What is AA?
AA (Alcoholics Anonymous) is – like NA – a non-profit fellowship; since its inception in the 1930s AA has helped millions of people worldwide escape from the claws of alcoholism. AA meetings are held right across the country, including a good number in the West Midlands, and may be particularly valuable for people who have already gone through rehab and are seeking ongoing support.

Bromsgrove Methodist Ctr, 19 Stratford Rd
B60 1AS
Mondays at 8:00pm

See the full list of AA meetings in the West Midlands

The Arthur Moore Hall
Alexander Road, Acocks Green
B27 6HE

See the full list of NA meetings in the West Midlands

Travelling to and from the West Midlands

If you are travelling from London the West Midlands Railway provides direct routes to and from Birmingham and the surrounding areas.

The West Midlands is a city region and a metropolitan county in western-central England and borders Warwickshire to the east, Worcestershire to the south and Staffordshire to the north and west.

The West Midlands is divided into seven metropolitan boroughs – City of Birmingham, City of Coventry and City of Wolverhampton; Dudley, Sandwell, Solihull and Walsall. Their administrative cities are Birmingham, Coventry, Wolverhampton, Dudley, Oldbury, Solihull and Walsall. Some larger towns include Stoke, West Bromwich, Handsworth, Binley and Allesley.
The gothic Coventry Cathedral, the New Hall Valley Country Park, the Malvern and Brueton Park are also located in the West Midlands.
Map of UKAT Facilities

I attended Banbury Lodge in the midst of the Pandemic crisis. I was at rock bottom having recently relapsed. My original Rehab was closed due to the crisis but the found me a place at Banbury Lodge. I will be forever grateful for those wonderful people working throughout the crisis. The team are phenomenal. The centre is outstanding. The care and insight I received there was exemplary and has set me up with skills and a.mindset this will last me a lifetime of sobriety. Thank you. Alistair

I loved my time here and have learnt things that will help me for life. Thanks for everything.

Therapists are highly professional and extremely supportive. I highly recommend this rehab centre.

Banbury Lodge has completely changed my life for the better. The staff, food, facilities and therapy structure is faultless. The therapists are extremely professional and always put the clients feelings first. I have been able to find my positive self by completing the 28 day programme. I highly recommend Banbury Lodge as it is an A* rehabilitation centre.