This Page was last reviewed and changed on May 21st 2022

Spotting the signs of temazepam abuse could help to prevent an overdose or addiction. It is important to be alert to the warnings as abuse can occur without you even being aware of what is happening. Most people do not realise what is meant by prescription drug abuse and so consider drugs prescribed by a doctor, such as temazepam, to be completely safe in all circumstances.

As temazepam is a medication that is prescribed to treat short-term insomnia, it can be difficult for most people to comprehend just how dangerous it can be, particularly when it is abused. Most just do not understand what prescription drug abuse is, believing that any medication taken on the advice of a doctor has to be completely safe.

However, recommendations from the Royal College of Psychiatrists states that benzodiazepines such as temazepam should not be taken for longer than four weeks because of the risks of a physical and psychological dependence developing, even in those who take the drug exactly as prescribed.

As most individuals are oblivious to the dangers of temazepam abuse, it can be difficult to spot the signs. Nevertheless, knowing what they are can help to prevent you from developing a devastating addiction that could have negative consequences for all areas of your life.

How Does Temazepam Work?

As mentioned above, temazepam is most commonly prescribed to treat short-term insomnia that may be caused by a traumatic event or a stressful life situation. benzodiazepines, such as this one, are not designed to be used for long-term sleeping problems or sleep disorders.

It is believed that a chemical imbalance in the brain can lead to overactivity and that it is this that can cause problems with sleep. Temazepam works by stimulating the production of the brain’s natural inhibitory chemical GABA (gamma-aminobutyric acid).

When GABA is produced, it can calm overactivity in the brain, thus helping you to fall asleep and stay asleep. 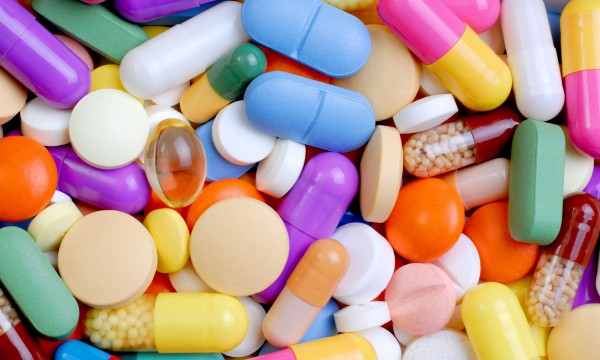 Most people taking this medication to help them sleep do not intend to abuse it, but they often build up a tolerance quite quickly. This means that the effects derived from the drug are reduced. To counter this, they might up the dose, but doing so can have harmful consequences.

If you are taking more temazepam than advised to by your doctor, you are in danger of developing a physical or psychological addiction.

Not everyone abuses temazepam for the same reasons; some don’t even realise they are doing it. Others, however, will take temazepam for recreational purposes rather than to treat a medical condition. Many of these individuals take mood-altering drugs to help them escape a painful reality.

It is difficult to pinpoint the exact cause of temazepam abuse as it is different for each person; moreover, sometimes the cause may not be obvious. There are frequently underlying issues that have been buried for a long time but that can still lead to addictive behaviour. Other times, it can be environmental factors such as peer pressure, socio-economic status, and relationship problems that lead to abuse of temazepam. It is also important to remember that genetics could also increase the risk of substance abuse. So having a family history of addiction can increase your risk for addiction.

It is important to be alert to the warning signs of temazepam and to be aware of the dangers of abusing this medication. Around four out of every ten people who take benzodiazepines such as temazepam every day for longer than six weeks will develop an addiction. Based on this, then, it is vital that you act if you notice that you are unable to function without your medication or if you feel bad when you do not take it.

If you have increased your consumption of temazepam to get the same effect as before, or if you suffer from withdrawal symptoms when you try to quit, you are probably already in the early stages of addiction. You might find that you feel irritable or agitated or that you cannot sleep, the very thing that you took the medication for in the first place.

Temazepam abuse is particularly dangerous if you are also abusing other substances such as alcohol or opiate drugs that also work to produce a sedative effect on the body. This can leave you at risk of overdose.

The Signs of Temazepam Dependence and Addiction

If you have developed an addiction, you might struggle to function without your medication. Your temazepam use may start to have a negative impact on daily life, and as your need for it grows, you will have little time for anything else. You might begin exhibiting drug-seeking behaviours such as:

One of the most obvious signs of addiction though is a compulsion to use a particular substance. Therefore, if you continue to take temazepam when knowing that it is having a negative impact on your life or the lives of those you love, you are more than need help.

There are certain signs and symptoms that occur with chronic long-term abuse of temazepam. These can include:

Long-term abuse of temazepam can have a negative impact on both physical and mental health. The longer you abuse this medication, the more likely it is that you will suffer from symptoms such as depression and anxiety.

Signs of Short-Term Abuse of Temazepam

While sedation is the aim of drugs such as temazepam, abuse can lead to:

These are usually the first signs that appear when the drug is abused. 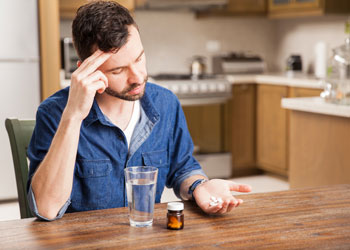 Overdose is a very real threat with temazepam abuse. While it is possible to overdose on this medication on its own, such overdoses are rarely fatal, particularly after medical care has been sought. The risk of overdose is higher when taking more temazepam than advised to or when taking it in a way that is different from how it was intended to be taken. For example, if you are crushing your tablets and snorting the powder, or if you are mixing this powder with a liquid for intravenous use.

What you should be aware of though is that mixing alcohol with another sedative substance such as opiate drugs raises the risk of overdose significantly.

Due to how quickly a tolerance to temazepam develops, it is common for some individuals to increase the amount of medication they are taking or to combine it with another type of sedative substance to achieve the effects they desire. However, this can easily lead to an overdose, which causes serious complications.

If you have taken too much of your medication, or if you have combined it with alcohol or an opiate drug and you experience any of the following symptoms, you should seek help immediately: 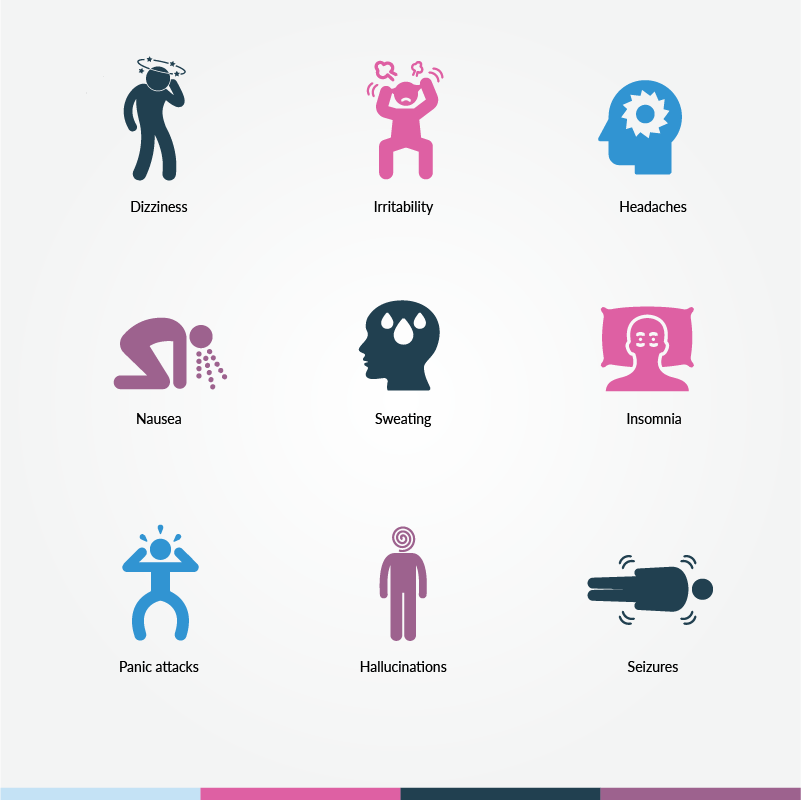 It is vital that you get help as soon as possible if you believe you have overdosed on temazepam. It may be necessary for a doctor to prescribe flumazenil to reverse the symptoms of the overdose and to flush the temazepam out of your system.

How to Reverse Temazepam Overdose

As mentioned above, flumazenil can reverse the sedative effects of a benzodiazepine so is often used as a treatment for temazepam overdose.

Trying to quit temazepam can lead to a variety of withdrawal symptoms as your body tries to get back to normal. If you want to quit temazepam, it is likely that you will be advised to reduce your dose gradually over the course of a couple of weeks.

Nevertheless, if you are withdrawing from temazepam in a detox facility, you may be prescribed flumazenil to allow you to cease your medication rapidly without the occurrence of any major withdrawal symptoms.

The effects of temazepam withdrawal can be severe, and because of the risk of complications, it is vital that it is properly managed to ensure your safety at all times.

Symptoms of Withdrawal from Temazepam

There is no way to tell what type of withdrawal symptoms you will experience when you try to quit temazepam or indeed how severe these symptoms might be. Below are some of the symptoms that commonly occur during temazepam withdrawal: 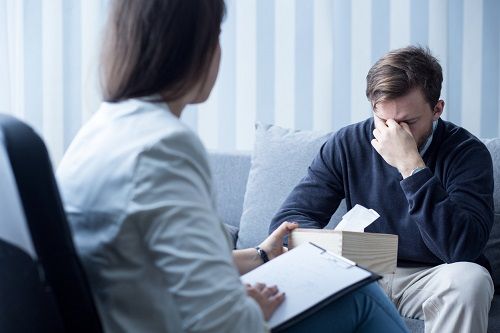 If you have developed an addiction to temazepam and would like to quit, it is likely that you will need to complete a detox programme in the first instance. This is best completed under the supervision of medical professionals who can react in case of an emergency or if any complications arise during the withdrawal process.

It is never recommended to quit temazepam abruptly at home due to the risk of severe withdrawal symptoms.

Once the detox has been completed and you have quit temazepam, you can begin a programme of rehabilitation. This will address the issues that may have led you to this point in your life. Rehab focuses on getting to the root of the problem and then teaches you how to avoid a return of your symptoms at a later date.

How much Temazepam causes addiction?

Temazepam should be taken as directed by your doctor for no longer than four weeks. Taking it in higher doses than recommended can cause a physical dependence, but so too can taking it for a longer period than advised to.

How do I recognise Temazepam abuse?

It is important that you can recognise temazepam abuse in yourself or another person. If you are worried about yourself, the first sign of abuse is increasing the amount of the drug that you are taking in order to achieve the same level of relief. In another person, you might not notice a problem until this person’s behaviour begins to change.

For example, if someone you love is becoming isolated and withdrawn and neglecting his or her responsibilities, it could be that temazepam abuse is to blame. If you know that a loved one has been prescribed this medication and you notice changes in his or her behaviour, you should look out for further signs of abuse such as loss of interest in activities or a preoccupation with the drug.

When to seek medical care?

If you are worried that you are already addicted to temazepam, then it is best to seek medical care as soon as possible. Tackling this issue is important and doing so sooner rather than later will improve your chances of a full recovery.

Additionally, if you believe that you or someone you love may have taken a temazepam overdose, it is essential that you seek medical help immediately, particularly if another sedative substance such as alcohol or opiates was also taken.

How do I get help for Temazepam addiction?

A temazepam addiction can be treated by professional counsellors, therapists, and doctors. If you need help, talk to your doctor, visit your local fellowship support group, or speak to us here for advice. There are also information databases available online with information about resources in your local community.

When do Temazepam withdrawal symptoms start?

Withdrawal symptoms typically begin between one to four days after quitting temazepam, with the most intense symptoms usually starting after the fourth day. However, withdrawal is different for each person and there may be underlying factors that could affect how your detox progresses. These can include any health issues that you have or if you were also abusing another substance.

How long does Temazepam withdrawal last?

It is not possible to say exactly how long your temazepam withdrawal will last, but in general symptoms last anywhere between one to two weeks.