What Is the Link Between Alcohol & Depression?

This Page was last reviewed and changed on August 3rd, 2020

Depression and alcohol abuse are closely related, making it difficult to tell whether one condition has caused the other. Some people will abuse alcohol in a bid to self-medicate the symptoms of depression, whereas others develop symptoms of depression as a result of their alcohol abuse. Whatever the cause of each illness, it is important that both are treated simultaneously if one is to achieve a full recovery.

There is a strong link between alcohol abuse and depression, but it can often be difficult to tell where one condition ends and the other begins. Some people drink alcohol to relieve their feelings of depression while others develop depression because of their alcohol abuse. Statistics show that those who suffer from mental health disorders such as depression and anxiety in the UK are twice as likely to be alcohol abusers. But it can be a struggle to tell which condition caused the other or whether they both developed around the same time due to some other underlying cause. What is certain though is that both conditions will need to be treated if you want to get your life back to normal.

Mental health charity MIND describes depression as ‘a low mood that lasts for a long time, and affects your everyday life’. While most people will describe themselves as having a low mood from time to time, this is not classed as depression.

It is normal to feel unhappy or sad every now and then, but if these feelings do not go away or if they are beginning to have a negative impact on normal everyday living, you may have a problem that requires treatment.

Signs and Symptoms of Depression

Depression can come in many different forms and can have a variety of causes. Below are some of the common types of depression:

MAJOR DEPRESSIVE DISORDER is the term given to those who experience constant feelings of sadness or unhappiness. If you are experiencing a number of the symptoms of depression and have been on most days for longer than two weeks, you may be diagnosed with this mental health disorder.

BIPOLAR DISORDER is also known as manic depression and it causes extreme mood swings. Those who suffer from bipolar disorder may experience periods where they are feeling full of energy followed by periods of being severely depressed.

CHRONIC DEPRESSION continues for two years or more, and while usually mild, can have a negative impact on daily life. Chronic depression is also known as persistent depressive disorder.

Mental health disorders such as depression are commonly misunderstood and tend to carry a lot of stigma. This is often due to the myths that surround them. Below are examples of depression myths and the real facts: 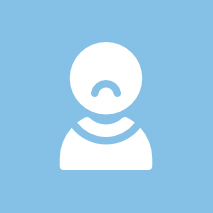 Fact: Depression is a real illness that is caused by various biological, psychosocial, and social factors. It is a complex mental health condition and one that has nothing to do with character or weakness. The belief that depression is a sign of weakness can often prevent those affected from getting the help they need. 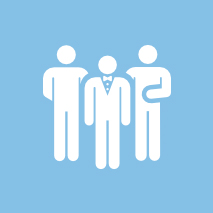 Myth: You have to have a reason to be depressed

Fact: Those with no experience or understanding of this mental health problem will often question why another person is depressed and will comment that the perceived sufferer has nothing to be depressed about. This can make those who do have depression feel guilty about their symptoms, convinced that they have no right to be feeling the way they do. The reality is that sometimes depression can occur without any obvious cause. 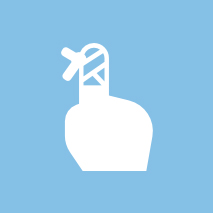 Myth: Depression is always the result of trauma

Fact: While some people can attribute the cause of their depression to a traumatic life event, not everyone can. In fact, depression is not always caused by such events. Sometimes it is the result of genes or another underlying medical condition.

Is Your Antidepressant Working?

If you are taking antidepressants and feel as though these are not working, it is important that you speak to your doctor. It may be the case that your dosage is not quite right; when it comes to these medications, it is often a case of trial and error to get this right. It might also be the case that a different medication will work better for you.

Relief from antidepressants does not usually kick in for a number of weeks and it may take up to three months before you notice an improvement in your symptoms. If after this time you are experiencing no relief, you should talk to your doctor.

Alcoholism is also an illness of the brain, the symptoms of which can cause you to feel compelled to drink alcohol even when doing so will cause harmful consequences for yourself and/or others. The uncontrollable desire to drink will come before everything else in your life and will affect your relationship with family members, friends, and work colleagues.

Signs and Symptoms of Alcoholism 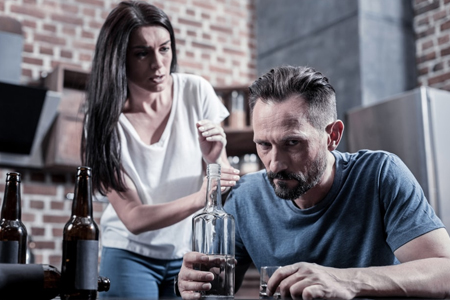 If you are suffering from alcoholism, you might not be aware of how serious your situation actually is. This is due to the impact that the chemicals in alcohol can have on your brain. Your first inkling that anything is wrong might come when loved ones express concern. It is important therefore that you know what the signs and symptoms of alcoholism are so that you can determine for yourself if you have a problem.

Think about how important alcohol is to you. When you first started drinking, you possibly weren’t that bothered about alcohol and could take it or leave it. Can you still say the same? How do you feel now if you cannot drink? If the idea of having to go somewhere where there will not be any alcohol fills you with dread and makes you feel anxious, it is highly likely that you are already addicted.

Another sign of alcoholism is an inability to stay away from alcohol or to stop drinking once you start. If you have repeatedly promised yourself that you would cut down or quit alcohol but have been unable to do so, the possibility that you have alcoholism is very real. If you also find your ability to stop drinking is diminished even when everyone else has had enough, you should be concerned.

One of the more telling signs of alcoholism though is the presence of withdrawal symptoms when you need a drink. You might find that you shake, sweat, or suffer from nausea when you need a drink. These symptoms are usually more pronounced in the morning when you have gone for several hours without any alcohol and when the effects are beginning to wear off. If you find that a couple of sips of alcohol help relieve these symptoms, it is time to talk to a medical professional about getting some help and considering alcohol rehab. 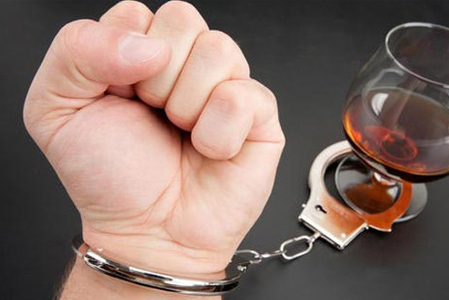 When you suffer from depression, you are likely to experience a number of symptoms, one of which is a feeling of sadness or unhappiness. You may believe that you can relieve these symptoms with alcohol, and perhaps for a while this will work.

What you need to know is that higher levels of alcohol can cause the pleasant effects of alcohol to be replaced with negative emotions. This can then lead to your feelings of depression worsening.

While alcohol abuse can lead to the symptoms of depression becoming worse, the same can be said in reverse. As feelings of depression worsen, your natural instinct may be to drink more alcohol. Nonetheless, with heavier alcohol use, serotonin levels in the brain drop. Unfortunately, it is serotonin that helps regulate your mood. Lowered levels of this chemical can result in a worsening of the symptoms of depression, which can then lead to a need to drink more alcohol. And so, a vicious cycle ensues.

Many people believe that binge drinking is not harmful and that having a heavy drinking session every so often is completely safe. This is not the case. Binge drinking can lead to harmful consequences, including alcohol poisoning, and if it becomes a regular occurrence, it can lead to physical dependency or, potentially, addiction to alcohol.

Binge drinking is also known to cause depressive symptoms. Results of a 5-year study published by NCBI concluded that ‘a binge pattern involving intoxications, hangovers or pass-outs, produces depressive symptoms in the general population’.

Which Came First – Depression or Alcoholism?

In some people, it is easy to tell whether they began drinking to self-medicate their depressive symptoms; in others, it is not so straightforward though. Depression can often be caused by alcohol abuse, so it can be common for individuals to be misdiagnosed as having alcoholism only, when in fact they are suffering with both alcoholism and depression.

The best way to overcome a dual diagnosis of depression and alcoholism is for both conditions to be treated simultaneously. It is likely that you will be provided with a bespoke treatment plan that has been tailored to your specific needs and requirements if you are suffering a dual diagnosis. This type of treatment plan will include elements of psychotherapeutic therapies, complementary therapies, and medication and can be easily altered if necessary. At UKAT we provide a unique treatment plan for those struggling with alcoholism and depression.

How to Avoid Alcohol-Induced Depression?

If you have noticed an occurrence of depressive symptoms when you drink alcohol, it is wise to quit alcohol to see if there is any improvement. If your depression does improve after a few weeks, you will know that it was associated with your alcohol use.

It is recommended that you stick within the government’s recommended weekly guideline amount of fourteen units of alcohol going forward to reduce the chances of the symptoms of depression returning. You should also avoid binge drinking and ensure some days are kept alcohol-free.

Can alcohol induce depression?
Studies have shown a definite link between alcohol use and the occurrence of depressive symptoms. Chronic alcohol abuse can lead to the development of depression due to a drop-in serotonin levels in the brain.
Does depression drive you to drinking?
Some people with depression may drink alcohol to help relieve the symptoms of their mental health disorder. It is well known that alcohol can help to change mood due to it being a depressant. However, high levels of alcohol can cause the pleasant feelings associated with alcohol use to be replaced by aggression, anger, and depression.
Are genes or lifestyle to blame?

Genes and lifestyle can contribute to both depression and alcohol abuse developing. It is thought that a family history of addiction or mental health problems can raise the risk of similar problems developing.

There is also evidence to suggest that lifestyle factors such as having a stressful job or eating a poor diet can increase the risk of either alcohol abuse or depression.

How does depression affectwomen?
After puberty, the risk of depression is twice as likely in girls than it is in boys; before that, the risk is similar for both sexes. It is thought that changes in hormones are the cause of the increased risk in women. Hormones fluctuate throughout a woman’s life due to puberty, pregnancy, menopause, and the monthly menstrual cycle. Certain types of depression are directly linked to these times, such as premenstrual syndrome, pre- and post-natal depression, and premenstrual dysphoric disorder.
Important Links
Relevant Links
FAQ
Start The Admissions Process Now